The Wearable Robotics Association is excited to be back in person for WearRAcon
22! Join wearable robotics professionals and entrepreneurs from industry,
medical/rehab, academia, and government April 25-26, 2022(NEW DATES!) at the
DoubleTree Resort by Hilton in Scottsdale, Arizona (USA). The annual event,
brings together 250 attendees from across the globe to hear about the latest
innovations in wearable robotics, listen to cutting-edge presentations, see live
robotics demonstrations, try on and test exoskeletons, and network with the
industry leaders.

*NOTE: All conference attendees must provide proof of COVID vaccination, or a
negative COVID test within 72 hours of attending.

Earn a prize for a new technology or idea that will benefit the Wearable
Robotics Industry. The Innovation Challenge is now open and will close March
4, 2022.

The Wearable Robotics Association (WearRA) is inviting entries that represent
the most innovative new ideas in wearable robotic technology for the Innovation
Challenge as part of WearRAcon. The winner will receive international
recognition and a $5,000 cash prize to support development and commercialization
of the technology.

Upload your concept paper by March 4, 2022. The review committee will
select as many as ten (10) finalists. All finalists will be invited to present
their product concepts at WearRAcon 22, April 25-26, 2022(NEW DATES!) at
the DoubleTree Resort in Scottsdale, AZ (USA). The winning entry will be
selected through live voting by conference attendees and a panel of judges
representing industry, government, academia, and corporate executives. The top
projects will receive awards. The one considered to be the most innovative will
be announced at the conference and will receive $5,000 to accelerate the new
technology.

Submissions are due by March 4, 2022. The proposal must include
information about intellectual property and the development outline with
milestones for deliverables. Explain the potential impact on the wearable
robotics community, as well as significance of this concept as an advancement
for the industry.

Instructions for the Submission:

Proposals will be scored based on the following criteria:

Finalists will be notified by March 21, 2022. As many as ten (10)
finalists will be selected to present at WearRAcon 22 (Scottsdale, Arizona,
February 21-23, 2022). Each presenter will have five (5) minutes to present the
concept, followed by five (5) minutes of questioning. Each finalist will also
receive a small exhibit space for two days of the conference. The event will
feature live voting among audience members and a panel of judges representative
of industry, government, academia, and corporate executives. The winning project
considered to be the most innovative will be announced at the conference. 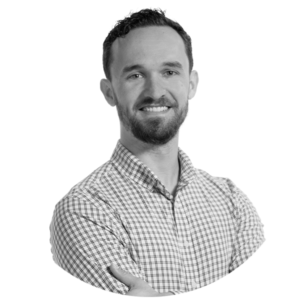 Kyle Embry’s interest in robotics began at the Missouri University of
Science and Technology, where he conducted undergraduate research in
volumetric error compensation for manufacturing robots with Dr. Douglas
Bristow and Dr. Robert Lammers. Dr. Embry would later obtain his PhD in
Mechanical engineering from the University of Texas at Dallas with
advisor Dr. Bobby Gregg, where he developed a love for rehabilitation
research. His dissertation focused on modeling and control of agile
powered prosthetic legs. Dr. Embry now works as a postdoctoral
researcher at Shirley Ryan AbilityLab with director Dr. Arun Jayaraman.
His recent projects include exoskeleton gait therapy, computer vision
for monitoring Parkinson’s disease, and wearable airbag technology
designed to reduce the rate of hip injury after a fall. Dr. Embry looks
forward to learning more about the frontiers of rehabilitation robotics,
and utilizing his background in robotics, human subject research, convex
optimization and machine learning to tackle increasingly important
problems. 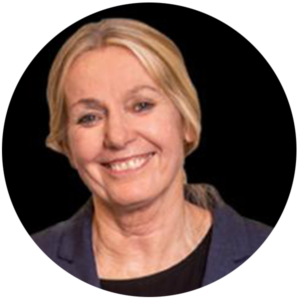 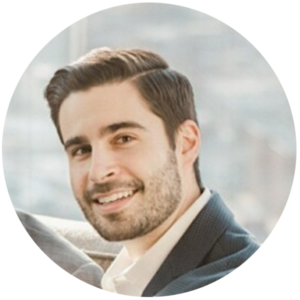 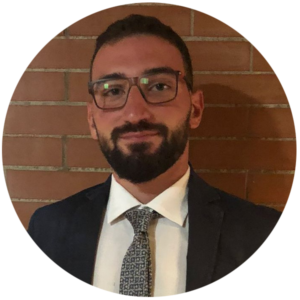 Francesco Lanotte is a Postdoctoral Fellow within the Max Näder Lab for
Rehabilitation Technologies and Outcomes Research (Shirley Ryan
AbilityLab, Chicago, USA) and Northwestern University (Chicago, USA). He
is currently investigating the use of wearable sensors combined with
machine learning techniques to enhance the rehabilitation therapy in
stroke survivors. Francesco received his MS degree in Bionics
Engineering from the University of Pisa and Scuola Superiore Sant’Anna
in 2017, and his PhD in Biorobotics from Scuola Superiore Sant’Anna in
2021. Dr. Lanotte’s PhD research was focused on the development,
benchmark, and experimental assessment of control algorithms for powered
exoskeletons and lower-limb prostheses. 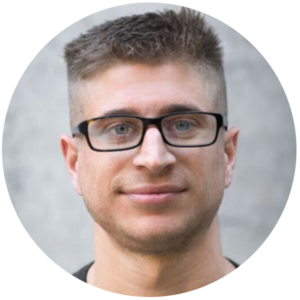 Dr. Brokoslaw Laschowski is a postdoctoral research fellow at the Toronto
Rehabilitation Institute working in the Intelligent Assistive Technology
and Systems Laboratory (IATSL) and the Artificial Intelligence and
Robotics in Rehabilitation (AIRR) Lab. He also holds an affiliation with
the Faculty of Medicine and the Temerty Centre for Artificial
Intelligence Research and Education in Medicine (T-CAIREM) at the
University of Toronto. As a scientist and biomedical engineer, Dr.
Laschowski specializes in using mathematical, computational, and machine
learning methods to optimize the design and control of humans
interacting with wearable robotic systems and technologies. Applications
of his research include rehabilitation robotics, neural engineering,
human-computer interaction, and wearable assistive technologies (e.g.,
exoskeletons and robotic leg prostheses). Dr. Laschowski’s clinical
research focuses on assisting individuals with mobility impairments due
to aging and/or physical disabilities such as stroke, cerebral palsy,
Parkinson’s disease, amputation, and spinal cord injury.

Bérenger Le Tellier graduated with a Mechanical Engineering degree then a
PhD in Biomechanics. After a few years working in collaborative
innovation projects, Bérenger joined ErgoSanté as their Scientific
Director. Bérenger ensures the development of ErgoSanté products are
following a methodology based on the latest scientific knowledge. 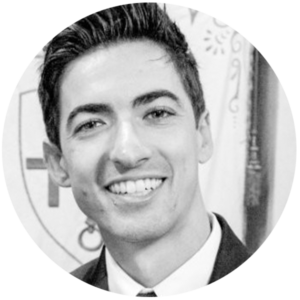 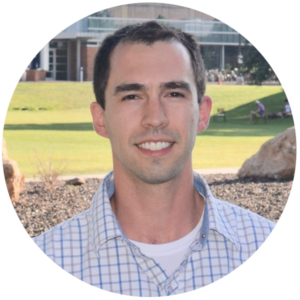 Zachary Lerner is an Assistant Professor in Mechanical Engineering at
Northern Arizona University where he directs the Biomechatronics lab
(biomech.nau.edu). He received his Ph.D. degree in Biomedical
Engineering from Colorado State University in 2015 before completing a
postdoctoral fellowship at the National Institutes of Health in 2016.
Dr. Lerner’s research seeks to improve mobility and neuromuscular
function in individuals with disabilities through advancement in the
design, control, and implementation of robotic exoskeletons. Dr. Lerner
is also the CTO and co-founder of Biomotum, Inc. (Biomotum.com), a rehab
robotics company. 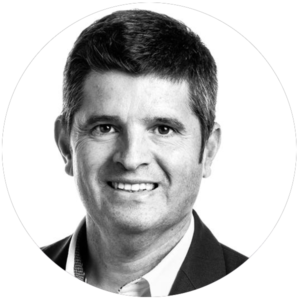 José Pons, PhD, is a world-renowned scientist. At Shirley Ryan
AbilityLab, he leads a translational research team to apply the most
advanced methods for measuring — and restoring — lower-limb function in
diverse patient populations.

Dr. Pons is a creative engineer with a long-standing history of
collaboration with physicians in physical medicine and rehabilitation.
He has authored more than 150 peer-reviewed articles and is best known
for his work in wearable robotics and neuroprosthetics as applied to
patients with spinal cord injury, stroke and Parkinsonism. He has
developed methods for studying balance and tremor in patients with
Parkinson’s disease and essential tremor; created robotic manipulators
and mobility devices for children with cerebral palsy; modified computer
cursors for patients with limited mobility; and developed movement
sensors for patients who have lost limbs through amputation. The depth
of his expertise in physics has enabled him to perform fundamental
analyses of devices and movement patterns that are generally applicable
to any movement disorder.

An expert advisor for science agencies in seven countries, Dr. Pons also
serves as associate editor for several journals, including Frontiers in
Neurology and various Institute of Electrical and Electronics Engineers
(IEEE) publications.

Prior to joining Shirley Ryan AbilityLab in 2019, Dr. Pons built his
academic career at the Spanish National Research Council (Consejo
Superior de Investigaciones Científicas, or CSIC) in the Cajal
Institute in Madrid, where most recently he was director of the Neural
Rehabilitation Group in the Department of Translational Neuroscience.
CSIC — which is akin to the U.S. National Institutes of Health (NIH) —
is the largest public institution dedicated to research in Spain, and
the third-largest in Europe. The Cajal Institute, part of CSIC, is
dedicated to the study of neuroscience. Most recently, he has been
inducted as a Fellow of the American Institute of Medical and Biological
Engineering (AIMBE), March 2021, Washington DC.

Dr. Pons received his BS in mechanical engineering from University of
Navarra, and PhD in physics from Complutense University of Madrid. 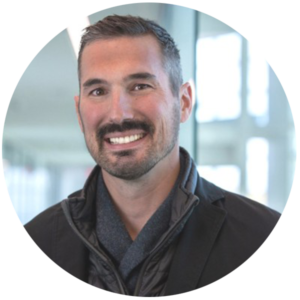 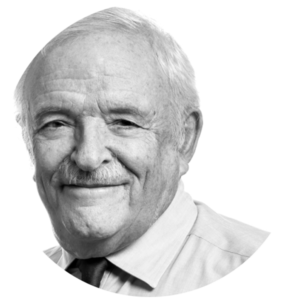 Discounted Room Rate: A special discounted rate of $239/night is
available for WearRAcon attendees. To make your reservation click here, or call 866-866-8107. 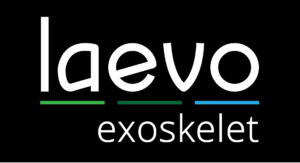 Mission: To shape a global future leveraging technology in a purposeful and synergetic fashion to improve quality of life.

“The first time they put it on me I could walk about 10 steps and I was really tired. The machine did all the work for me.”

The Eksoskeleton helps those looking to recover from serious brain and spinal cord injuries to walk again.

"In a recent study published in Scientific Reports, researchers at the University of Tsukuba created a wearable soft robot for patients to use during treatments in an attempt to ease pain."

Get in touch with
our experts

The purpose of ExoskeletonReport.com is to provide a website solely devoted to exoskeleton
systems.All exoskeleton news are separated by source: research, industry, financial and
video only.